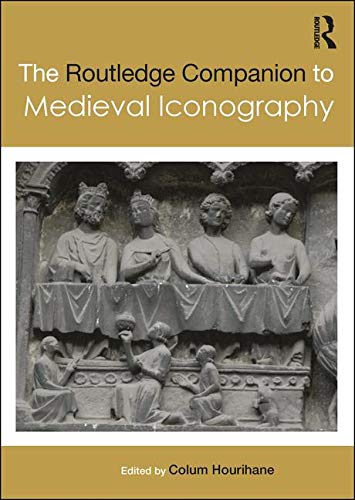 Reseña del editor Sometimes enjoying considerable favor, sometimes less, iconography has been an essential element in medieval art historical studies since the beginning of the discipline. Some of the greatest art historians – including Mâle, Warburg, Panofsky, Morey, and Schapiro – have devoted their lives to understanding and structuring what exactly the subject matter of a work of medieval art can tell. Over the last thirty or so years, scholarship has seen the meaning and methodologies of the term considerably broadened.This companion provides a state-of-the-art assessment of the influence of the foremost iconographers, as well as the methodologies employed and themes that underpin the discipline. The first section focuses on influential thinkers in the field, while the second covers some of the best-known methodologies; the third, and largest section, looks at some of the major themes in medieval art. Taken together, the three sections include thirty-eight chapters, each of which deals with an individual topic. An introduction, historiographical evaluation, and bibliography accompany the individual essays. The authors are recognized experts in the field, and each essay includes original analyses and/or case studies which will hopefully open the field for future research. Biografía del autor Colum Hourihane received his PhD from the Courtauld Institute of Art, University of London, in 1983 for a thesis on the iconography of Gothic art in Ireland, part of which was subsequently published as Gothic Art in Ireland 1169–1550: Enduring Vitality (2003). He was deputy director of the Witt Computer Index in the Courtauld Institute until 1997 before becoming director of the Index of Christian Art, Princeton University, where he was until retirement in 2014. He has edited over twenty volumes of art historical studies and has single-authored five volumes. Among the latter are The Processional Cross in Late Medieval England: The Dallye Cross (2005) and Pontius Pilate, Anti-Semitism, and the Passion in medieval Art (2009). A fellow of the Society of Antiquaries of London, he was elected an honorary fellow of the Royal Irish Academy in 2015.